The SahmuraiSword (named after creator Stefan ‘Sahmurai’ Sahm) is an easy-to-use, simple-to-store and, most importantly, safe, way of carrying a tubeless plug system on your mountain bike. Built into what are essentially bar-plugs, the system allows you store both the plug and reamer tool inside your handlebars.

The SahmuraiSword fits snug and locks fast inside the handlebars without any give or movement. It doesn’t affect riding in any way and you won’t know that it’s there. 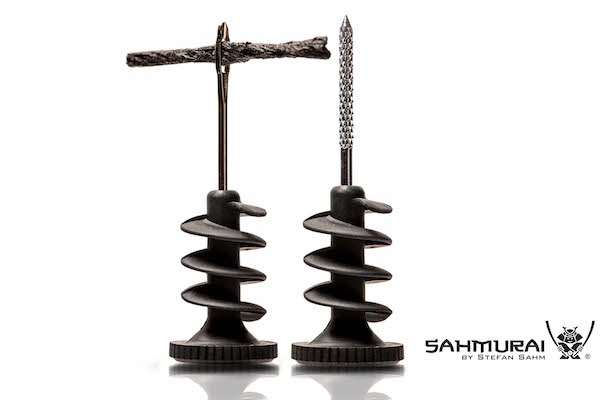 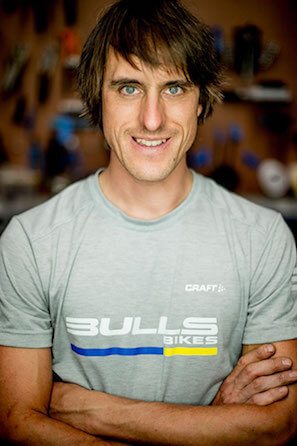 Some three years in the making, the system is the brainchild of three-time Absa Cape Epic champion Stefan Sahm of Team Bulls. “For a long time I’ve been trying to figure out how to carry these essential tools in a different way,” explains the man affectionately known as Sahmurai. “In the past I would’ve taped them to bike or carried in my back pocket,” he says. “Too often the plug lost its stickiness during riding because of dust or wet conditions, and it is really just too dangerous to put the sharp thing your back pocket.”

With the SahmuraiSword system and a well-rehearsed procedure, Sahm can plug a tyre in under 20 seconds. 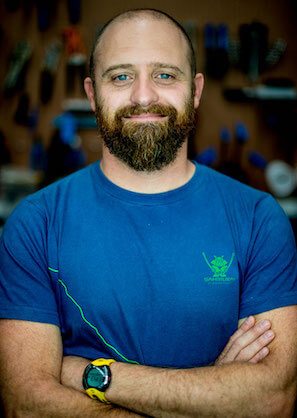 “Stefan is a perfectionist,” explains Vincent Durand, soigneur to Team Bulls and partner in Stage N9ne Distribution with Sahm and Karl Platt. “In terms of racing he likes to have things as convenient and functional as possible, and the SahmuraiSword grew out of that.”

“For Team Bulls it was a practical thing – carrying the plugs out of the way and making sure they’re on your bike and are not another extra thing you have to remember to pack in your pocket,” Durand says, outlining how the safety issue was also a big consideration in development. “That sharp tool in your back pocket could cause severe injury…or worse.”

In addition, it is not UCI legal to attach the reamer or fork to the frame or the stem, or anywhere it is deemed ‘dangerous’.

Because of it’s extra weight and very obvious danger as sharp object, many racers often forgo carrying the reamer tool. This means that when a tyre needs to be plugged the hole is usually not the right size for the plug, which often leads to much bigger tyre problems not too many kilometres later. “Carrying the reamer is imperative so that the hole can be made to be the same size as the plug,” Durand says. “This will then mean that your plugged tyre should also last a lot longer.” 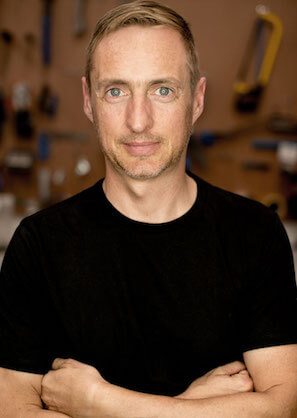 According to Durand he and Sahm realised fairly early that they did not have all the technical know-how, so they enlisted the help of Anton du Toit, who is part of an engineering team in Paarl. Not only did he help with the knowledge, but also had the tools to help produce the early prototypes.

While developed with racing in mind the product is aimed at all levels of mountain bike riders who ride tubeless tyres. “For the racing snakes the ease-of-use and light weight is quite important,” Durand says, “but everybody else who rides a tubeless system – anyone who rides a mountain bike – understands the importance of carrying the plugs.”

No multitools are needed to unscrew it and no special fittings are required to attach it to the bike.